Primary Water . Hope for the Future by Sandy Penny


Primary Water . Another Hope for the Future by Sandy Penny 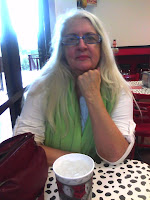 Many scientists are predicting water wars and shortages, but the solution to this problem is already available and provided by the earth system that is already in place. I was shown that earthquakes during this shift time would release new sources of water, and now that is happening. Lake are instantly appearing in normally desert areas.

Most people have never heard of primary water, but it is pure water, H2O, that is chemically produced by the earth deep inside and stored in crystal domes as part of the cooling system of the planet. The domes have fissures that become little underground streams that run through the rocky layers in the earth and get mineralized, making them better for human consumption.

Once again, the dowsers have known about this water and located it for years, but we have just now developed technologies that can find it and drill deep enough to bring it to the surface. The good news is, because of the pressure of the domes, the water tends to come to the surface on its own, like when you hit a hydrocarbon pocket, and like mother’s milk, the more you use, the more the earth produces replacement water. You only drill into the small streams and not the domes though because the pressure would cause an explosion and lose too much water. This water is not related to the groundwater and aquifers we currently use, and it is not dependent on rainwater or ocean water. Old Faithful geyser is an example of primary water that does not deplete. 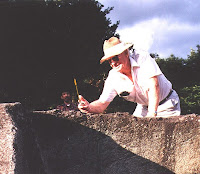 Bill Cox was the premier dowser and driller for primary water. He died last year, and now his work is becoming more public. I like to think he’s promoting this from the other side. One of his most famous projects was Lake Elsinore, California. When it was going dry, he located a primary water source below the lake, and refilled the lake which has had no additional problems with its levels since then. Here’s an interview with Bill Cox regarding new water for humanity: http://youtu.be/fz0Zq-yxboM. There are several segments to the interview, but it’s very enlightening. 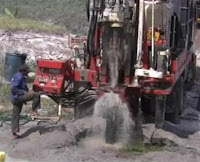 Geologist Pal Pauer dowsed, found and helped drill for primary water in Kenya in March 2011. Southeastern Africa is dotted with villages like this one where the annual rainfall is less than 10 inches per year. People have to walk miles to tote water back to their homes daily, and spend hours sanitizing it before use. On this recent trip, Pal successfully drilled a total of six wells that are bringing in over 2,000 gallons per minute. Water is truly life. Primary water is water that is not part of the hydrological cycle and has never seen the light of day. Fortunately, primary water can be located below deserts and in areas where there is little rainfall. Here’s the video of that water project coming to fruition: http://www.youtube.com/watch?feature=player_embedded&v=prhK7zUWXTE#!


If these two major problems of water and energy can be solved with technologies already available, what else can we do if we put our minds and hearts together? Truly, there is hope for the world.

Posted by WritingMuse at 7:58 PM

Please share your valuable comments, but please don't spam my comments section. I moderate all comments before they are posted. Thank you.

Donate to Support this Blog

Hope for the Future Boooks

The Future is Yours . Do Something About It!

Diet for a Small Planet

This was the first book on vegetarianism using statistics on the effects on the planet. It was instrumental in my becoming a vegetarian.

Water is Life . A Benefit Book

Wine to Water . A Bartender's Quest to Bring Clean Water to the World

Important Links to the Future

Dan Nocera . Energy for the Future